Peleted Feed
Transitioning from one Feed to Another
Hay


PelletedFeed
Chinchillas need to have a diet that meets their specific needs. A high fiber, low protein, low fat diet is best for chinchillas. This can be achieved with the right pelletted feed and hay. The pelletted feed needs to contain the following items within the specified ranges. Too little or too much of any of these items can cause health issues. If the feed does not fall within these guidelines, find a feed that does. Please note: most brands of feed sold in pet stores that are labeled for chinchillas do not meet these guidelines and are actually unhealthy for chinchillas.


Corn or corn products, dairy, honey, nuts, seeds, vegetables and fruits of any kind should not be in the ingredients. Also, these items should not be used as treats. The digestive system of the chinchilla is not designed to handle any of these items. Avoid any pelletted feed that has treats such as dried fruits, vegetables, nuts or seeds mixed into it. These items are not healthy for chinchillas and the chinchillas will pick out the treats and leave the pellets behind. Below left is an example of an unhealthy feed for chinchillas. It is loaded with treats, fruits, vegetables, nuts and seeds. All of which should not be fed to chinchillas. Below right is a picture of a quality feed. Note the lack of added treats. 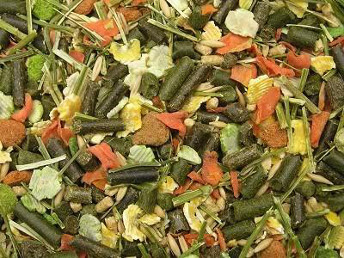 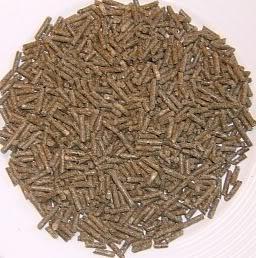 Pelleted Feed
Too much protein or fat, found in seeds and nuts, can cause liver problems, and eventually, death. Too little fiber can cause constipation which can lead to digestive stasis, death of the digestive tract and a dead chinchilla. Fiber can be supplied through feed and hay. Sugar, found in fruits, vegetables, and honey, can cause bloat which is extremely painful for the chinchilla and can cause death if the stomach or intestines rupture. Some of the problems caused by an improper diet, such as liver problems, may not be noticeable right away. Instead, they may show up later as problems such as liver disease or diabetes that can drastically shorten the chinchilla’s life. Vegetables and fruit can also cause diarrhea in chinchillas.

Feed should be kept in a clean, dry, and cool location, in sealed containers. It should be used before it is six months old. After that, the feed loses its nutritional value. Mill dates should be printed on the bag. Be sure to check the mill date prior to buying the feed. If there is no mill date, the feed should not be purchased.

Transitioning from one Feed to Another
When switching from one good feed to another, it is advised to make the change gradually over the period of 4 weeks. This will lessen the impact of the change and help to prevent any digestive upset.

First, be sure that the new feed is of good quality, according to the guideline previously discussed. Once the new feed is selected, a slow transition is usually recommended. This can be accomplished by mixing the old feed with the new feed. Follow the schedule below to slowly transition the chinchilla from one feed to the other. 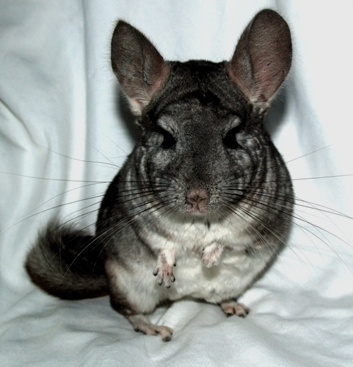 If the chinchilla is currently on a poor quality feed or has issues such as soft stools from the feed they are on, it is recommended to switch to the new feed “cold turkey”. This means that the old feed is thrown out and the new feed is offered immediately, no mixing. There is no point in slowly transitioning from a feed that is making the chinchilla sick. In fact, a slow change would just prolong the chinchilla’s illness. Acidophilus should be given anytime a “cold turkey” switch is done.

Make sure that the hay is of good quality before feeding it to the chinchilla. If the hay is old, moldy, or dusty, it should not be used. Good hay smells sweet and is green in color. Hay that smells or looks moldy should not be used. It can cause serious illness if fed to a chinchilla. If the hay is brown or yellow, it is too old and has lost much, if not all, of its nutritional value. Dusty hay can have contaminants that could harm or kill a chinchilla. Never feed hay that has been sprayed with insecticide. Below is a picture of a good quality timothy hay. 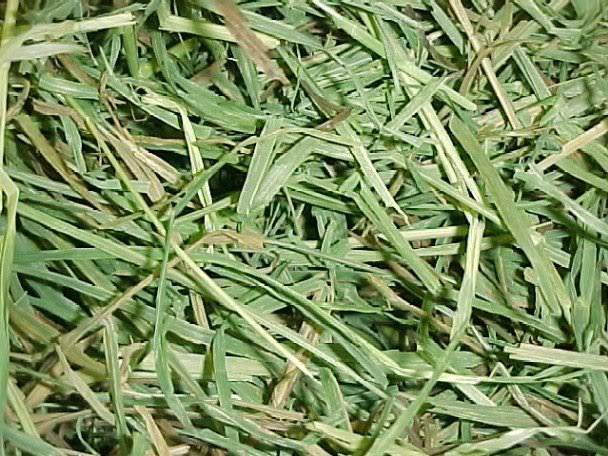 Most feed manufacturers have store locators on their websites. Some forums have a supplies section in their classified ads where members sell many of the recommended feeds for less than the pet stores. Some of these feeds can only be purchased at feed stores or online.
Hay can also be purchased from feed stores and local farmers.
Both Oxbow and Mazuri can be found at PetSmart.