Chinchillas require sturdy cages made of wire, wood or other materials. One material to avoid is plastic. Plastic should never be used as a part of the cage or any of its accessories. The reason for this is simple. Chinchillas will chew on plastic. If they swallow any of it, it can cause severe medical problems or even death.

The cage itself should measure at least 24” x 24” x 24” for one chinchilla, larger for multiple chinchillas. A large, multi-level cage with lots of shelves and perches is best, since chinchillas love to run and jump. Ramps are not necessary and can actually be quite dangerous. A chinchilla can get its foot stuck in the ramp, causing the bones in the foot or leg to break. The chinchillas will jump from shelf to shelf and actually enjoy doing so. Shelves should be made of kiln dried pine or poplar since the chinchillas will chew on them. The sides and top of the cage should allow for plenty of air circulation. Wire spacing should not exceed 1” x 1”. Cages with wire floors or levels areacceptable, though many people prefer to replace the wire shelves withwood.

The Ferret Nation cages come with plastic pans that need to be replaced with metal pans. These can be ordered from Bass Equipment. The wire shelves and ramps in both the Ferret Nation and the Martin’s cages can be removed and replaced with wooden shelves. They can also be covered with wood, tiles or fleece in order to give the chinchilla a place to rest its feet.

Below are pictures of appropriate chinchilla cages and links where you can order them. 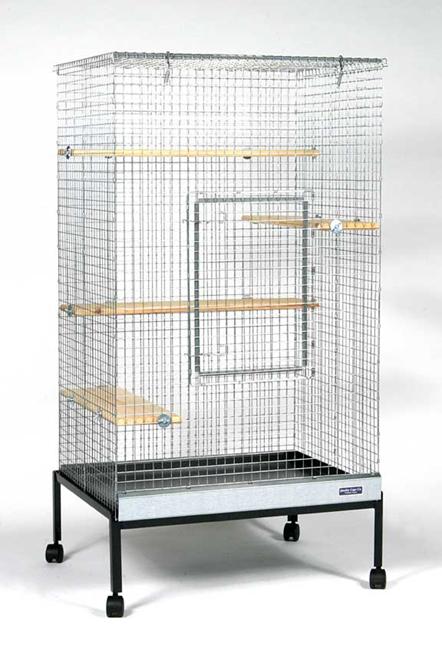 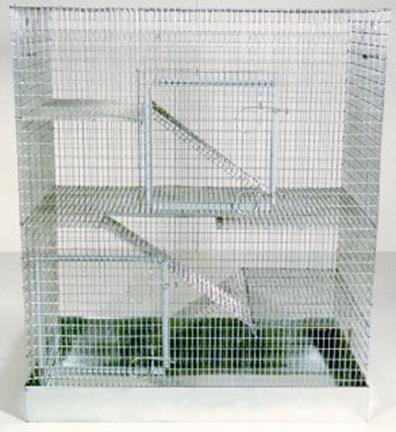 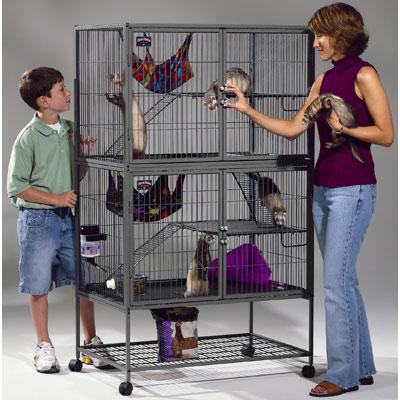 
 The Ferret Nation cages can often be purchased through a pet store such as PetSmart and Petco in addition to online. Purchasing a cage from the pet store can save money on shipping and sometimes the store will match an online price. Other cages found at pet stores can be cheaper on the initial purchase, but they are usually not made as well and are often inappropriate for chinchillas. Most of the suppliers listed above also sell accessories for the cages.

Chinchillas can live quite happily in smaller cages than the ones shown as long as they are provided with either a good wheel or out of cage playtime. Below are some smaller cages that are quite acceptable. 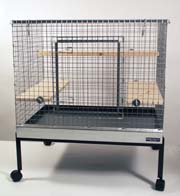 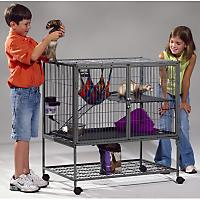